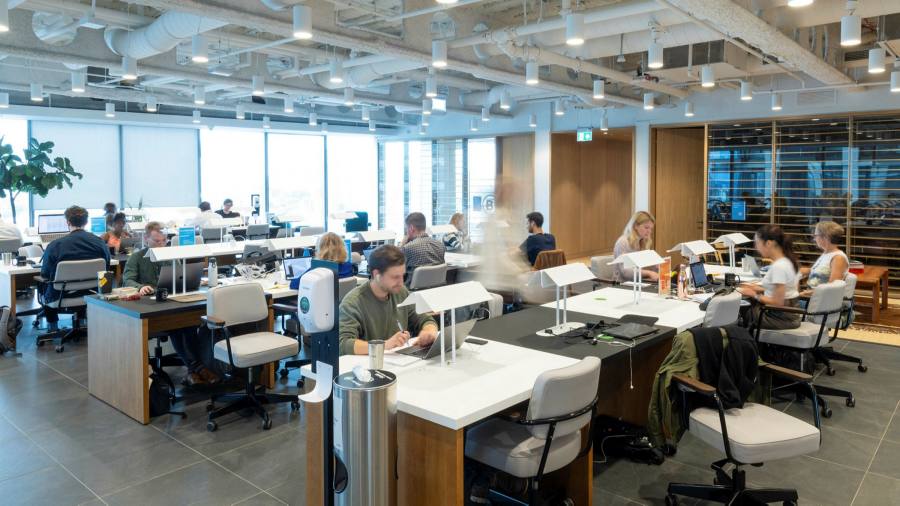 WeWork will finally make its debut on the stock market after a $9bn merger was approved by shareholders of a blank-cheque company, bringing to an end the property group’s tumultuous two-year journey to go public.

The shareholders of BowX Acquisition, a listed special purpose acquisition company, or Spac, on Tuesday voted in favour of its transaction with WeWork, enabling the shared office space provider to trade on the New York Stock Exchange* from Thursday under the ticker WE.

WeWork becomes a public company with a much humbler profile than when it made its first attempt in 2019, and its $9bn valuation is a fraction of the $47bn at which SoftBank valued the company in an investment months before its failed initial public offering. BowX shares were down 7 per cent on Tuesday.

The company has sought to reassure investors and the public that it has moderated some of the excesses which came under scrutiny during the previous attempt at a listing. Adam Neumann, the co-working group’s founder and chief executive, was ousted in 2019 and replaced by real estate veteran Sandeep Mathrani.

With Neumann went some of WeWork’s more ambitious and eye-catching projects and pronouncements, including a mission to “elevate the world’s consciousness” and a school conceived by Neumann’s wife Rebekah.

The company has since cut back on costs, slashed the number of office locations and focused on its core business.

Nonetheless, WeWork is still losing billions of dollars. The company revealed to investors that it had lost $3.2bn in 2020, despite trimming capital expenditure to $49m after spending $2.2bn in 2019.

In May, the Financial Times reported that WeWork’s losses were deepening even as it made preparations for the merger with BowX. WeWork lost $2.1bn in the first quarter of the year, which included a $500m non-cash settlement with Neumann.

WeWork will have $1.3bn from its deal with BowX, a Spac led by Vivek Ranadivé, founder of the California-based software group Tibco.

That includes money held in the Spac trust from BowX’s IPO as well as a $150m investment from Cushman & Wakefield that acts as a backstop to shareholder redemptions. Investors such as Starwood Capital Group, Insight Partners and BlackRock have additionally committed $800m through a private investment in public equity.

SoftBank, which helped WeWork avoid bankruptcy with a multibillion-dollar rescue financing, has provided WeWork with a $550m senior secured note.

At an investor presentation earlier this month, WeWork said that workers in the post-pandemic world would seek out more flexible working spaces, putting it in prime position to benefit.

But the company’s revenue is now falling short of its $3.2bn projection for 2021. In an updated presentation, WeWork said revenue had totalled just under $1.2bn in the first half of the year and was expected to be $1.5bn in the second half.

WeWork’s actual revenue for the third quarter was approximately $658m, meaning it has to bring in just over $806m from October to December in order to meet its revised second-half projection.

This article was originally published by Www.ft.com. Read the original article here.