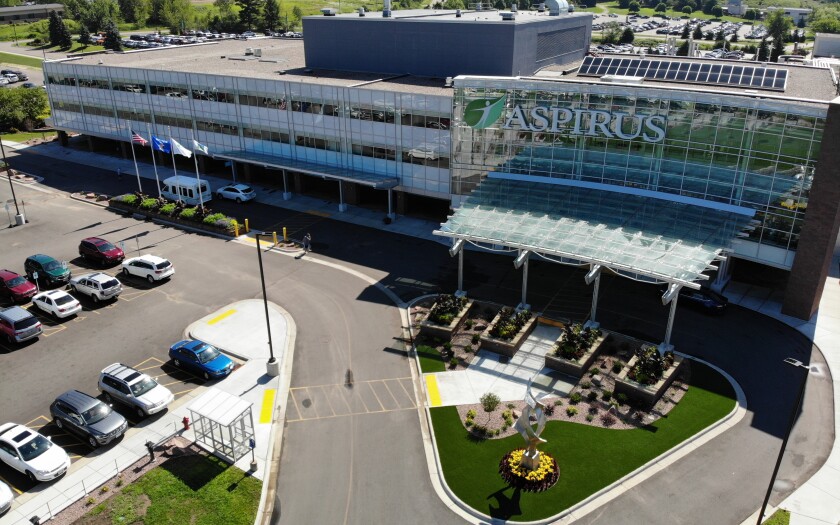 This week, OhioHealth Corp. will price $600 million of taxable bonds with a corporate CUSIP and the University of Wisconsin Hospitals and Clinics will sell $350 million, including $300 million of self-designated green bonds. Wisconsin-based Aspirus Health Inc. is holding investor calls this week ahead of an Oct. 26 pricing of $209 million to retire interim financing for its acquisition of seven Ascension hospitals.

Each heads into the market as various reports warn of ongoing pandemic-related strains from case surges and problems linked to the pandemic, including labor burnout and skyrocketing supply chain costs that some say require transformative thinking to address.

Burnout looms large, hampering recruitment and retention, driving up wages and weighing on profitability, Moody’s said. In some regions, hospitals have suspended elective overnight surgeries due not just to a rise in cases, but also insufficient staffing, resulting in lost revenue. Unlike prior labor shortages, largely focused on nursing, the current woes cross a wide swath of staff.

“Even after the pandemic, competition for labor is likely to continue as the population ages — a key social risk — and demand for services increase,” Moody’s said.

“The pandemic has created a perfect storm of increasing expenses and decreasing revenues,” Lance Robinson, who leads the firm’s performance improvement practice, said in the firm’s annual state of healthcare performance improvement report. “For most institutions, navigating today’s financial and operational challenges and positioning for future growth requires radical change that is achieved only with new thinking and partnerships”

Hospitals need to build relationships with physician groups, insurers, retailers, vendors, and other providers and many don’t have the resources “to evolve on their own,” Robinson wrote. Data used to compile the report from Kaufman Hall, which is advising on the university and Ohio transactions, comes from 73 hospital and health systems.

Rising labor and supply chain expenses come as revenue recovery faces some uncertainty amid case surges. The firm reported all respondents to a survey on strains said they were grappling with staff burnout, difficulty filling vacancies, wage inflation, and high turnover rates while 92% were struggling to fill positions and almost 90% had increased base salaries.

While cardiology services have seen the strongest rebound, just 44% of respondent hospitals said volumes had returned to pre-pandemic levels and 75% said they had experienced adverse revenue cycle impacts during the pandemic, including a higher percentage of Medicaid patients and increased rates of insurance denial. About 66% said they expect permanent workforce changes.

OhioHealth
Barclays and Citigroup are lead managers on the Columbus-based OhioHealth deal that’s broken into two bullet maturities, one in 2031 and the other in 2041 to advance refund $250 million of debt and cover capital costs including construction of the Pickerington hospital.

The system enjoys a leading market position among its 12 hospitals — with several additional ones operated through affiliations or joint ventures — throughout the state with $5.1 billion of operating revenues and managed to see strong double-digit margin performance for fiscal 2021.

“Labor costs will be elevated given the escalation of local and national competition for staff amid shortages and burnout from the pandemic. The recent surge in COVID patients could strain capacity and require a temporary slowdown in elective procedures,” Moody’s said of the hospital’s strains.

University of Wisconsin hospitals
JPMorgan is running the books on the university health system’s deal that offers a $300 million series of tax-exempt “green” bonds and $50 million of taxable advance refunding debt.

The new money will help finance the Eastpark Medical Center outpatient building being built across from its campus and another facility in Madison. The system plans to seek LEED — Leadership in Energy and Environment Design — certification on the project from the U.S. Green Building Council and Energy Start certification.

The university system plans to post information for investors, but its failure to do so is not considered a default event. The system serves as a teaching arm for the University of Wisconsin School of Medicine and Public Health based in Madison. It had $3.8 billion of revenue in 2021.

“The ratings reflect our view of UW Health’s strong business position as the state’s only academic medical center, with an integrated medical staff at its flagship facility in Madison and a leading market share in its markets in Wisconsin and northern Illinois,” said S&P analyst Allison Bretz. “The ratings also incorporate our view of UW Health’s solid financial performance through the COVID-19 pandemic, supporting improvement in the balance sheet over the last 18 months.”

Aspirus
Wausau, Wisconsin-based Aspirus will sell its 30-year bonds through the Wisconsin Health and Educational Facilities Authority with Barclays and JPMorgan serving as underwriters. Proceeds will pay off an interim loan for its acquisition of seven Ascension hospitals and reimburse the hospital for construction projects.

The system has $1.9 billion of annual revenues and $550 million of debt rated A1 with a stable outlook by Moody’s and AA-minus by S&P, with a negative outlook.

The system of mostly rural hospitals emerged from the early pandemic hits with still-positive margins but the acquisition, first announced in January and finalized last month, is taking a balance-sheet toll.

“The negative outlook reflects our expectation that the system will see a deterioration in operating performance and balance-sheet metrics due to the acquisition of the Ascension assets,” said S&P’s Marc Bertrand.

The finance team highlighted during an investor roadshow its pledge to reduce carbon emission by 30% in 2023, 50% in 2025 and by 80% in eight years for its pre-acquisition facilities that include four hospitals in Wisconsin and six in Michigan.

“It’s not only the right thing to do … but at some point we also feel it will be an economic issue with costs imposed for emissions,” Sidney Sczygelski, Aspirus chief financial officer, said in an investor presentation. “We want to be positioned very well at the time that occurs with limited carbon emissions.”

Munis strengthen with Treasuries as stock prices plunge on COVID fears
Jim Cramer says it’s too early to buy until we find out whether new variant is spreading in the U.S.
Stocks making the biggest moves midday: Twitter, Moderna, Merck, Tesla and more
Covid developments to rule the market once again in the week ahead after Friday’s rout
Plan B Says Bitcoin Price Still ‘on Track Towards $100K’ Despite Missing November’s Price Prediction